This is the first volume of Slime Taoshite 300-nen, Shiranai Uchi ni Level Max ni Nattemashita light novel. It serves as the introduction into the world and Azusa's character, as well as introducing the supporting cast to the reader, such as Laika the Red Dragon, the Slime Spirits Falfa and Shalsha, Halkara the Elf Apothecary, and Beelzebub, a Demon Lord.

It's hard work taking it slow...

My life on Earth was miserable-nothing but commuting, work, and sleep until my body gave out due to the stress. So when I got a second chance in another world, I swore I'd never do that to myself again. I'd just kill a few slimes to make a living, maybe experiment with a little potion-brewing, help a few people along the way...

...But it turns out, 300 years of killing slimes can make you one of the most powerful beings in the world! And when the truth gets out, I'm sure adventure won't be far behind...

Beelzebub challenging Azusa to a fight

Azusa flustered by her power

Laika in her human form

Halkara under the effect of an aphrodisiac 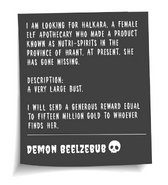