Erica Mendez
Beelzebub (ベルゼブブ, Beruzebubu) is one of the supporting characters of Slime Taoshite 300-nen, Shiranai Uchi ni Level Max ni Nattemashita series. She is the First Minister of Agriculture for the Demon Kingdom, and is otherwise known as the Lord of the Flies.

Prior to the events of the story, Beelzebub worked as a public employee for one thousand five hundred years, before eventually being promoted to the Minister of Agriculture by Provat Pecora Allières.

Beelzebub is first mentioned by Halkara who tells Azusa that she's pursued from her home village by Beelzebub. The Devil's intentions are to exact vengeance on Halkara after being poisoned by her Nutri-Spirits. However, this is revealed to be a misunderstanding as, after being neutralised by Azusa's protective barrier, she demanded Halkara to supply her with a more consistent supply of Nutri-Spirits, for she apparently had become dependent on the tonic and suffered from withdrawal.

Being a Demon, she has a human appearance of a sexy woman of slender build and olive skin. Her purple hair reaches down to her waist and is very wavy, except for her bangs, while her eyes are a vibrant purple. On her crown is a pair of horns that stick up out of her head and are dark grey with a teal interior.

Clothing wise, her ensemble is rather minimal yet extravagant; she wears a white shift under a wine-purple overbust corset-like vest, accompanied by a belt worn loosely around her waist to hip and either a very-high double slit black miniskirt or loincloth. On her legs are thigh-high stockings with an indistinct pattern around the cuff, over which is a system of black with gold trim poleyns and greaves with a white furred cuff complete with matching heeled boots. Her arms are gloved in a similar manner, with an elbow cop and vambrace with fur at each end. Lastly, she wears a black cape with a wine-red interior, tied at her neck by a pair of long, flowing laces.

As per her title as Lord of Flies, she can also transform into a housefly.

In spite of an aloof and nearly callous outward personality, Beelzebub is deeply a hard worker and kind person who will always help others, though not often without compensation. In Azusa's case, this will typically be permission to dote on her daughters Falfa & Shalsha, usually in the form of gifts pertaining to their interests.

Professionally, she's a cool-headed and focused worker who can work for hours on end accurately and expeditiously, such that observing her work becomes extremely monotonous and boring. She likewise expects this manner of professionalism, accuracy and expedition in her subordinates, Fatla and Vania; the latter of which is often air-headed and absent-minded, resulting in frequent reprimands.

In the Light Novel, Beelzebub was first mentioned in Volume 1, Chapter 6, "An Elf Dropped By," and made her first appearance in Volume 1, chapter 7, "Beelzebub Was Here." Since then, she has become a common recurring character.

Initially an antagonist, Beelzebub is first mentioned by Halkara after arriving at the cottage. To keep up with her work, Beelzebub invested in some of Halkara's nutri-spirit drinks and inadvertently became dependent on them. After falling ill when they ran out, she attempted to purchase more from Halkara, but, as a result of some rumors, lead herself and her village to believe that Beelzebub had been poisoned by the spirit and had begun to hunt her, prompting her to become exiled from and flee to the cottage in the highlands.

As finding Halkara on her own would prove to be difficult, Beelzebub published and distributed 'wanted' posters to the Adventurer's Guild, gradually making their way to Flatta. Once she had received word of Halkara's location, she traveled to the hamlet and eventually found the House in the Highlands, infiltrating it in her fly form, but unaware that a demon reflecting barrier had been set-up. For several days, she resided in the building with Azusa and Halkara, who, unbeknownst to them, was the one who was stealing portions of Halkara's Nutri-Spirits, and not Azusa. Avoiding detection, she was ultimately discovered when the two realized that Beelzebub was the fly that had resided with them since the beginning, forcing her to reveal herself.

After a tense exchange, Beelzebub is denied from interacting with Halkara by Azusa, who challenges her to a duel. Accepting, the two go out into the highlands, but Azusua, forgetting to warn the demon of the barrier, and Beelzebub, unaware of the barrier, is caught within the spell and incapacitated almost instantly. On the brink of death, Azusa and Halkara bring her inside and perform a healing spell, bringing her back to life.

Thankful that her life had been saved, Beelzebub reveals that she had not been poisoned by the Nutri-spirits and that the rumor was incorrect. She was only interested in procuring more of the product. Relieved of the revelation, Azusa invited Beelzebub to dinner, to which she accepted and was introduced to the rest of the family, becoming endeared to Falfa and Shalsha as she recited the history of her nation. However, despite the fact Azusa had saved her life, Beelzebub still wished to duel with the Witch, to which the remark was met with a welcoming response. 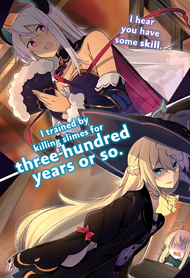 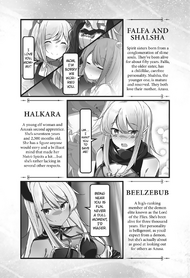 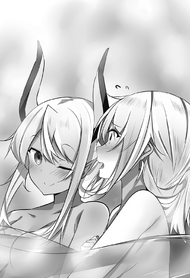 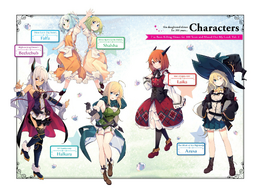 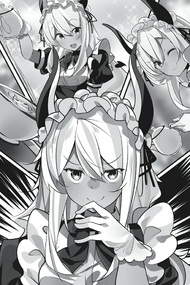 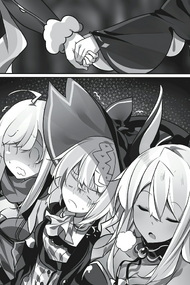 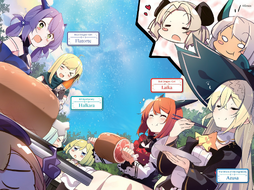 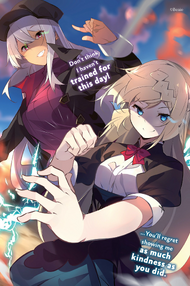 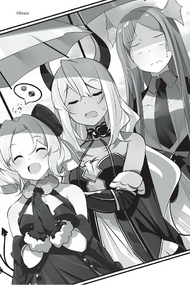 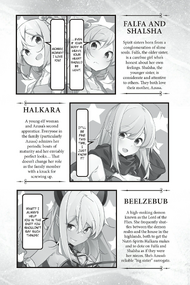 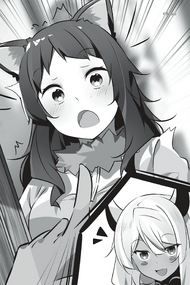 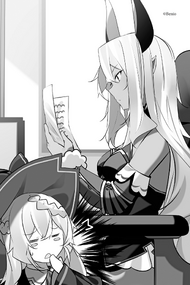 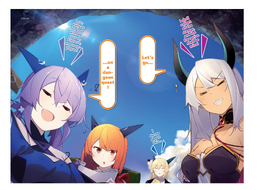 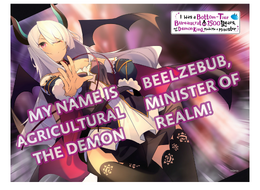 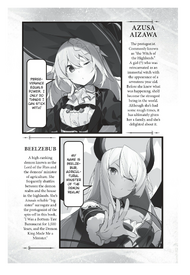 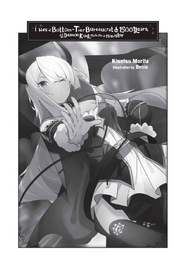 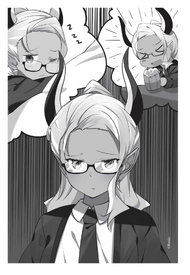 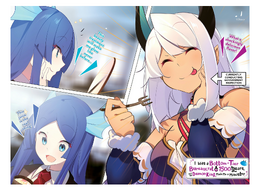 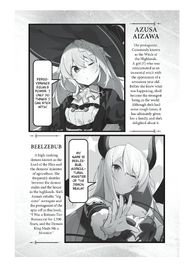 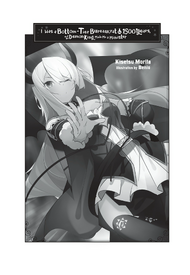 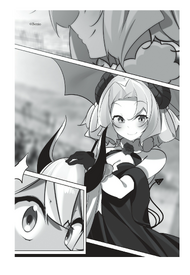 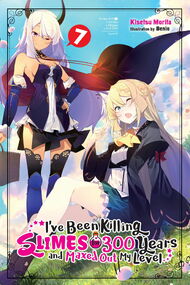 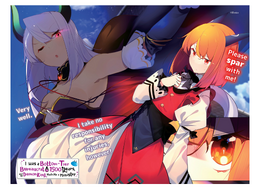 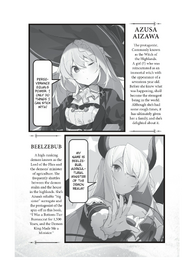 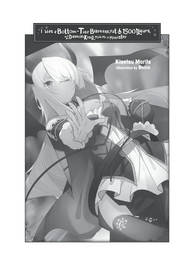 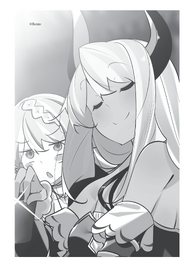 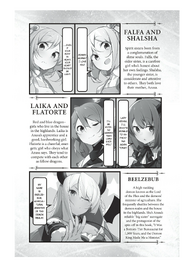